Over 150 years ago, when the first European settlers came to this region, the St. Louis River estuary was noted for its abundance of floating mats of vegetation and extensive wetlands.  We might use the terms swamp, bog, or marsh to denote the character of the estuary in that time period.  The vegetation mats were cleared to improve shipping lanes and make room for developing industry in the late 1800s and early 1900s, reflecting the first prominent influence of humans on wetland plants in the region.  Over the course of the next 100 years, approximately 3,000 total acres, or roughly half of the wetland plants in the estuary were lost to development.  Have these changes led to an irreversible decline in the diversity and habitat quality of the remaining wetland plants in the estuary? 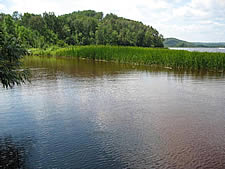 Wetland in the The St. Louis River Estuary. Click to zoom. 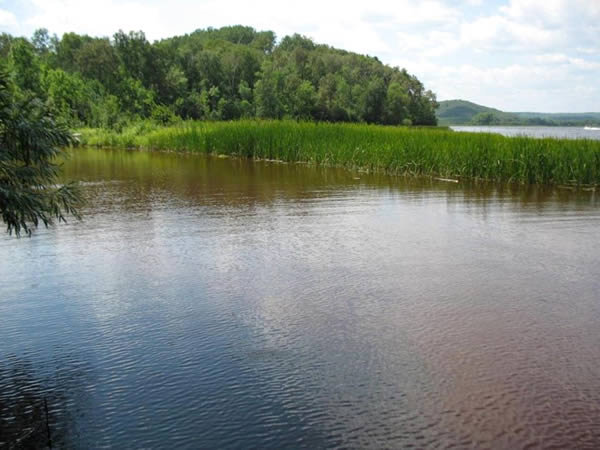 Wetland in the The St. Louis River Estuary. 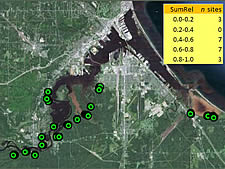 28 sampling sites within the lower estuary. Click to zoom. 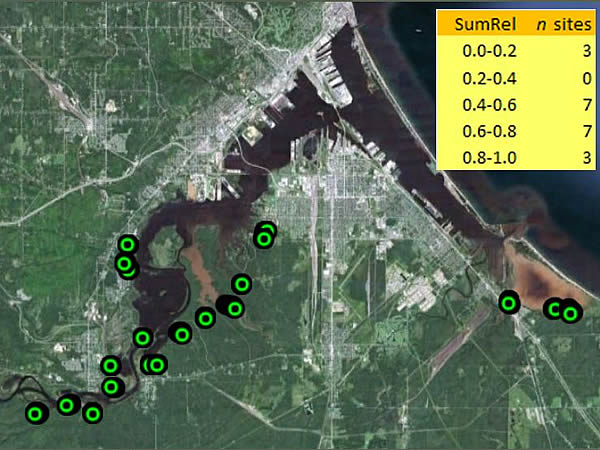 28 sampling sites within the lower estuary.

To answer this question, we visited 28 wetlands in the lower estuary and recorded the different kinds of plants growing in the water.  The sites were sampled along the human stressor gradient developed for this study. These types of plants are termed emergent if they have both some parts of their roots and stems below water and some parts above the water, while they are termed submergent if their parts occur entirely below or just at the surface of the water.  Some of the wetlands we visited were heavily impacted by human use, for example, being in or near heavy industrial areas of the shoreline.  Other wetlands were in areas far away from human influence.

We found about 70 species of submergent and emergent plants at our 28 wetlands, with the most commonly occurring plants having names such as coontail, Canadian waterweed, nodding water nymph, eelgrass, and bur-reed.  Are you familiar with wild rice?  We found that plant at 12 of our 28 sites.

One strong pattern came out when looking at where certain plants were found.  In areas near current or former sites of heavy industry, the plants we found were species that occur especially in conditions of low water quality, for example algae and a species known as sago pondweed.  In areas far away from human influence, we found different species that are sensitive to human stresses, for example arrowhead and a rare species of bulrush.  These patterns show that while areas near heavy industrial use have lower floristic quality, there are still many regions of the estuary with very high quality plant communities.  The Floristic Quality Index (FQI), an index of wetland quality based on plant composition, showed a weak but significant correlation to our stressor gradient. These wetlands with high quality plant communities tend to be found upstream of Duluth and Superior, where there are plentiful sheltered bays and narrow river mouths that are fairly un-impacted by human use.

While some wetlands in the estuary have suffered long-term, severe degradation to their wetland plant diversity, other areas continue to be of high quality.  It’s important to dedicate our efforts to ensuring these plants persist in the estuary in the future. 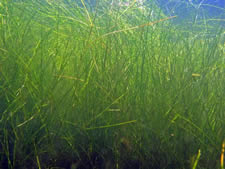 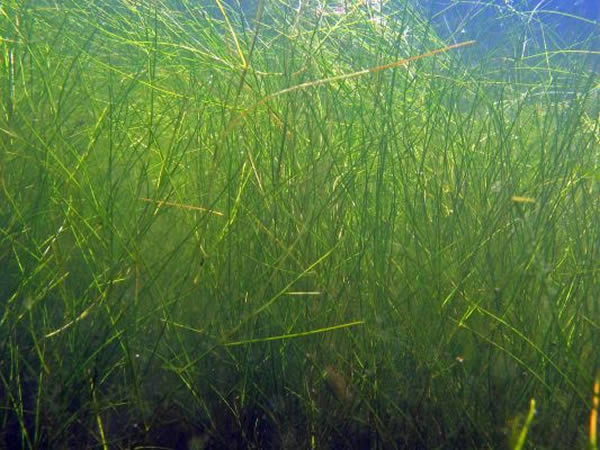 The Floristic Quality Index (FQI), an index of wetland quality based on plant composition, showed a weak but significant correlation to our stressor gradient. Click to zoom.

The Floristic Quality Index (FQI), an index of wetland quality based on plant composition, showed a weak but significant correlation to our stressor gradient. 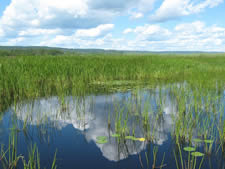 A high quality wetland in the St. Louis River estuary. Click to zoom. 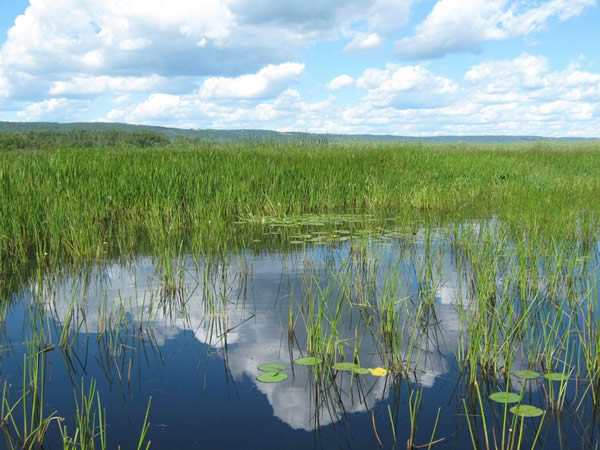 A high quality wetland in the St. Louis River estuary.