Chambers Grove is a reach of the St. Louis River near the Fond du Lac neighborhood north of the Highway 23 bridge. The section of the river between the Fond du Lac Dam and Highway 23 is designated as a critical spawning area for Lake Superior migratory fish species including lake sturgeon, walleye and longnose sucker. A city park was built adjacent to the river in the 1960s and the shoreline was stabilized with a wall of steel sheet piling and enhanced with a wooden boardwalk. The wall along the shoreline lacked habitat for lake sturgeon spawning and had eliminated the shallow, slow-moving water other fish species need.

The walkway and fishing pier were damaged by the June 2012 flood. The City of Duluth proposed repairs to the park infrastructure and asked for assistance from resource managers. Recognizing this as an opportunity to restore shoreline and improve spawning habitat for critical fish species, the St. Louis River Area of Concern (AOC) partners worked with the city to integrate habitat restoration into park improvements. 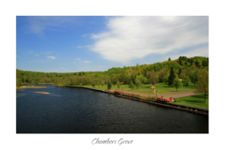 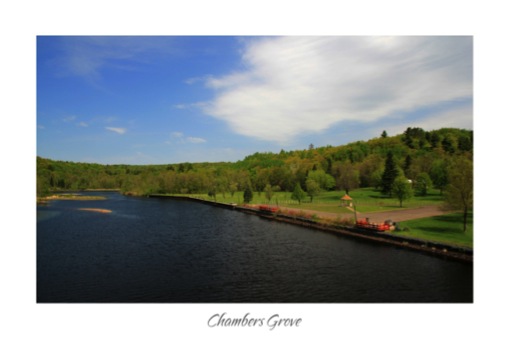 Chambers Grove, prior to restoration. 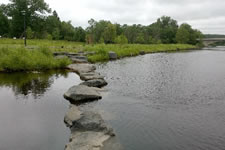 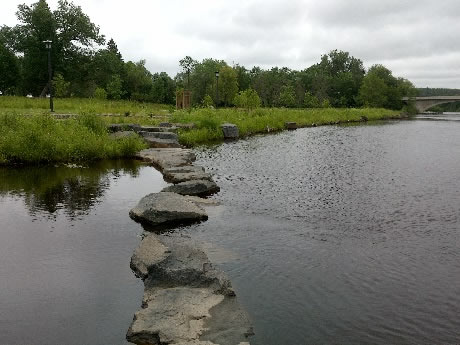 Construction of the Chamber’s Grove aquatic restoration project was completed in October 2015.A total of 1,000 feet of shoreline habitat was restored and three in-water control/spawning structures were completed. The shoreline part of the project, which was restored and stabilized with toe wood, also included the placement of both able-bodied and disabled-accessible fishing stones. The toe wood will stabilize this critical section of shoreline and the in-water boulder structures will provide critical spawning habitat for lake sturgeon, walleye and longnose sucker. The in-water structures will also move the primary water flow away from the bank and to the middle of the river. Areas for canoe and kayak access have been incorporated. The city has followed up with repairs to the facilities and landscaping the grounds.  The city completed its park improvements in 2016. 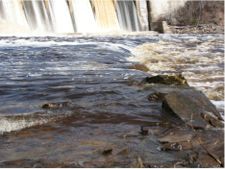 An example of spawning habitat created by riffles. Click to zoom. 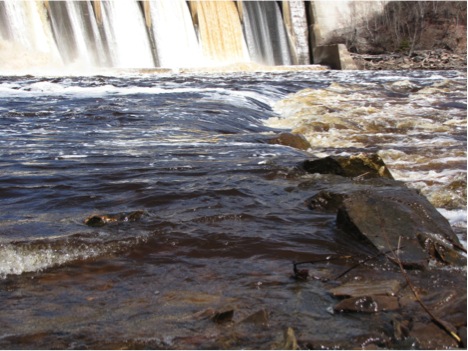 An example of spawning habitat created by riffles.

What did we expect and did we achieve it?