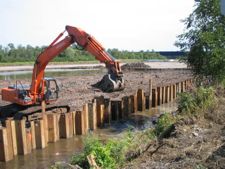 Excavating sediments as part of the restoration efforts. Click to zoom. 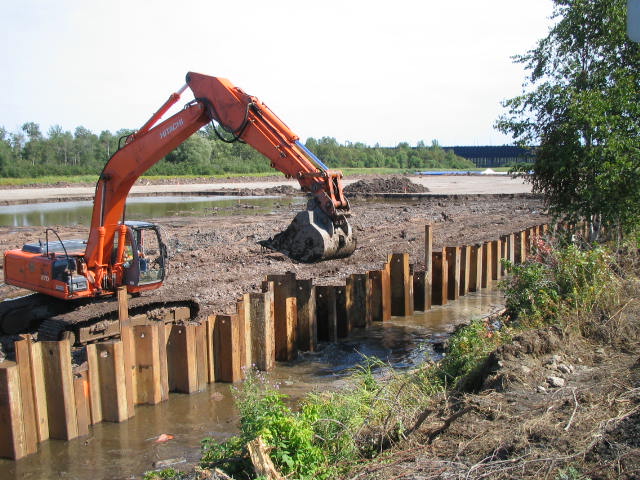 Excavating sediments as part of the restoration efforts

This was one of the first Great Lakes Legacy Act sites cleaned up on the entire Great Lakes system. Over 68,000 tons of contaminated sediment were removed from Newton Creek and Hog Island Inlet, and over 20 acres of fish and wildlife habitat was restored.

Newton Creek and Hog Island Inlet is a remedial site that has been cleaned up and restored in Superior, Wisconsin. This creek and inlet was polluted due to discharge from an oil refinery as well as urban and industrial pollutants along the creek. Control measures are in place at the refinery to prevent further pollution of this area. Contamination along the creek and in Hog Island Inlet was removed from 1997-2005. Douglas County owns and manages Hog Island and much of the property surrounding the inlet. Habitat restoration was conducted after the contamination was removed. The area is naturally recovering as a beautiful place for birds, fish, wildlife and human recreation.

Why was this site restored?

Newton Creek begins at an impoundment area formed by the wastewater discharge from the oil refinery in Superior, Wisconsin. The creek flows 1.5 miles through industrial and residential areas to the 17-acre Hog Island Inlet, which is in the southeastern end of Superior Bay.To organize cleanups, The Wisconsin DNR divided Newton Creek into 12 segments in 1994. They are identified as segments A-L. 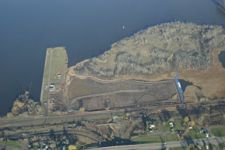 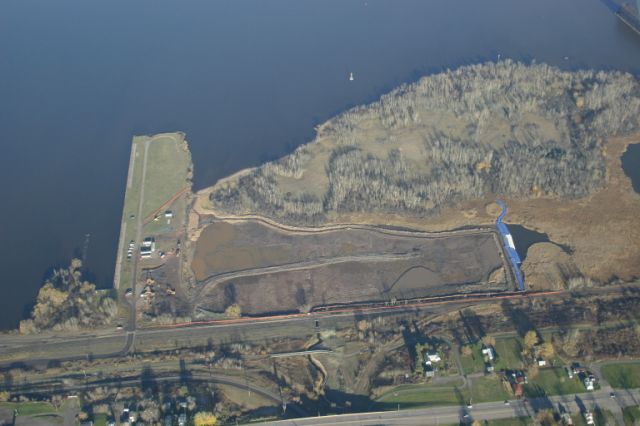 Pollution in the creek and inlet was primarily caused by polycyclic aromatic hydrocarbons. Other contaminants include oil and grease, mercury, lead, chromium and volatile organic compounds. Following a thorough study of the contamination's effects on the ecology, the DNR supervised removal of contaminated sediment from the impoundment area and Segment A in 1997. After additional study, segments B through K were cleaned up in the summer of 2003, with 7,400 tons removed. The final phase of cleanup was completed in 2005, with an additional 60,500 cubic yards of contaminated sediment removed from Segment L and Hog Island Inlet.

Newton Creek and Hog Island Inlet is now recovering. The WDNR’s 2016 assessment confirmed that sediment clean-up goals continue to be met, and impairment evaluation continues. Habitat restoration includes buffer installation, wetland plantings, the addition of woody debris, and invasive species management from 2007-2010. The area is returning to a natural habitat for fish and wildlife and a beautiful place for recreation. Douglas County owns and manages Hog Island and most of the land surrounding the inlet. This area is protected from further development or environmental degradation.