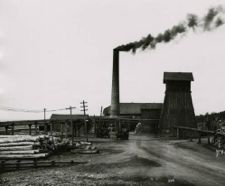 One of the two historical sawmills as seen in 1915. Click to zoom. 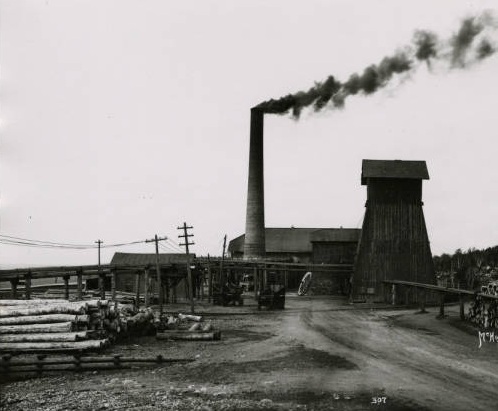 One of the two historical sawmills as seen in 1915.

Radio Tower Bay is a sheltered bay in the upper portion of the estuary on the site of two late 19th Century sawmills. Sheltered bays serve as productive spawning, nursery and foraging areas for both prey fish (minnows) and game fish including walleye, muskellunge, lake sturgeon, smallmouth bass, bluegill and black crappie. Additionally, sheltered bays are the most reduced habitat type in the estuary, and they also provide habitat for critical forage fish species such as white sucker, shorthead, redhorse and silver redhorse.

Radio Tower Bay, known historically as Cedar Yard Bay, was the site of two sawmills in the late 1800s. A railroad line also once crossed the river here on pilings, and concrete foundations from an abandoned array of radio towers can be found in the bay. The sawmills dumped waste slab wood and sawdust directly into the water, greatly reducing the quality of underwater habitat for fish and rendering the bay nearly inaccessible for recreation. 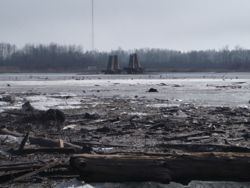 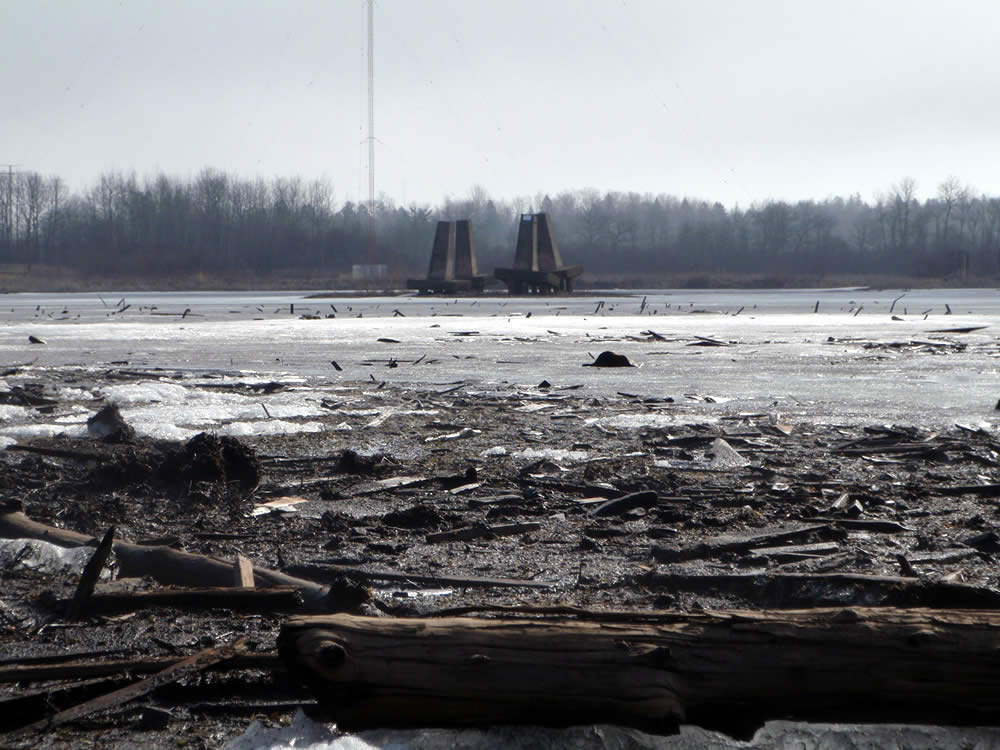 The project was broken down into two phases. Phase I of the project involved removing the wooden pilings that supported the railroad line. This phase was completed in 2012 in partnership with the Minnesota Land Trust with funds from National Oceanic and Atmospheric Administration (NOAA) Marine Debris Removal Program.

Phase II involved removing 115,000 cubic yards of the slab wood waste and organic material to restore 30 acres of shallow sheltered bay habitat. This is considered the most important habitat type in the estuary. The bay was restored to a depth of approximately five feet, allowing for aquatic plant regrowth, improved aquatic habitat and better recreational boating access. Material taken from the bay was ground up and piped to a dewatering facility at the former U.S. Steel site in Morgan Park. The result was residential-quality mulch, which U. S. Steel will use in remediating former industrial areas.

Phase II was completed in August 2015 in partnership with the Minnesota Land Trust with funds from NOAA’s Great Lake Habitat Restoration Partnership Program and the Minnesota Outdoor Heritage Fund. 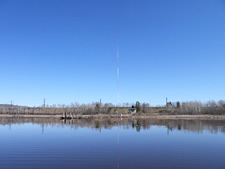 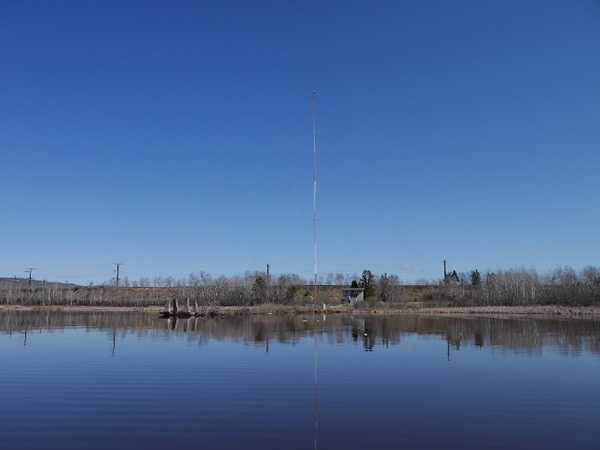 Post-construction monitoring indicates substantial recovery of the area. Aquatic vegetation beds have been restored and recreational access is being utilized. Wild rice was planted in 2016 and 2017 in a coordinated restoration initiative with the 1854 Treaty Authority, Fond du Lac Band of Lake Superior Chippewa, the Minnesota Land Trust, Wisconsin Department of Natural Resources and the Minnesota Pollution Control Agency. Post-project biological monitoring activities will be accomplished as part of an overall effort to monitor biological outcomes associated with implementation of all projects associated with the delisting process for the St. Louis River AOC.